Software Engineer at Microsoft, currently working on Outlook for iOS

This morning I watched the video for the launch of the Dragon V2 capsule (which can be found here). The thing which struck me about this video, compared to the amazing things they have achieved already, was the fact that this one is what felt really futuristic. I thought back to when I was a child and watched cartoons and read comics, and now as an adult when I watch Star Trek and similar shows, and in all of these you see a beautiful, sleek spacecraft, with simplistic controls and interfaces. These ships look like almost anyone could pilot them, and believe me, I thought I could have as a child. Then when you look at interiors of the Space Shuttle, which for a long time was the epitome of modern space travel, you saw huge banks of screens, and switches and dials. To be frank, it was always a little disappointing, and more than a little worrying. How can astronauts be expected to know how to deal with absolutely everything on a spacecraft and still be able to pay attention enough to fly it? 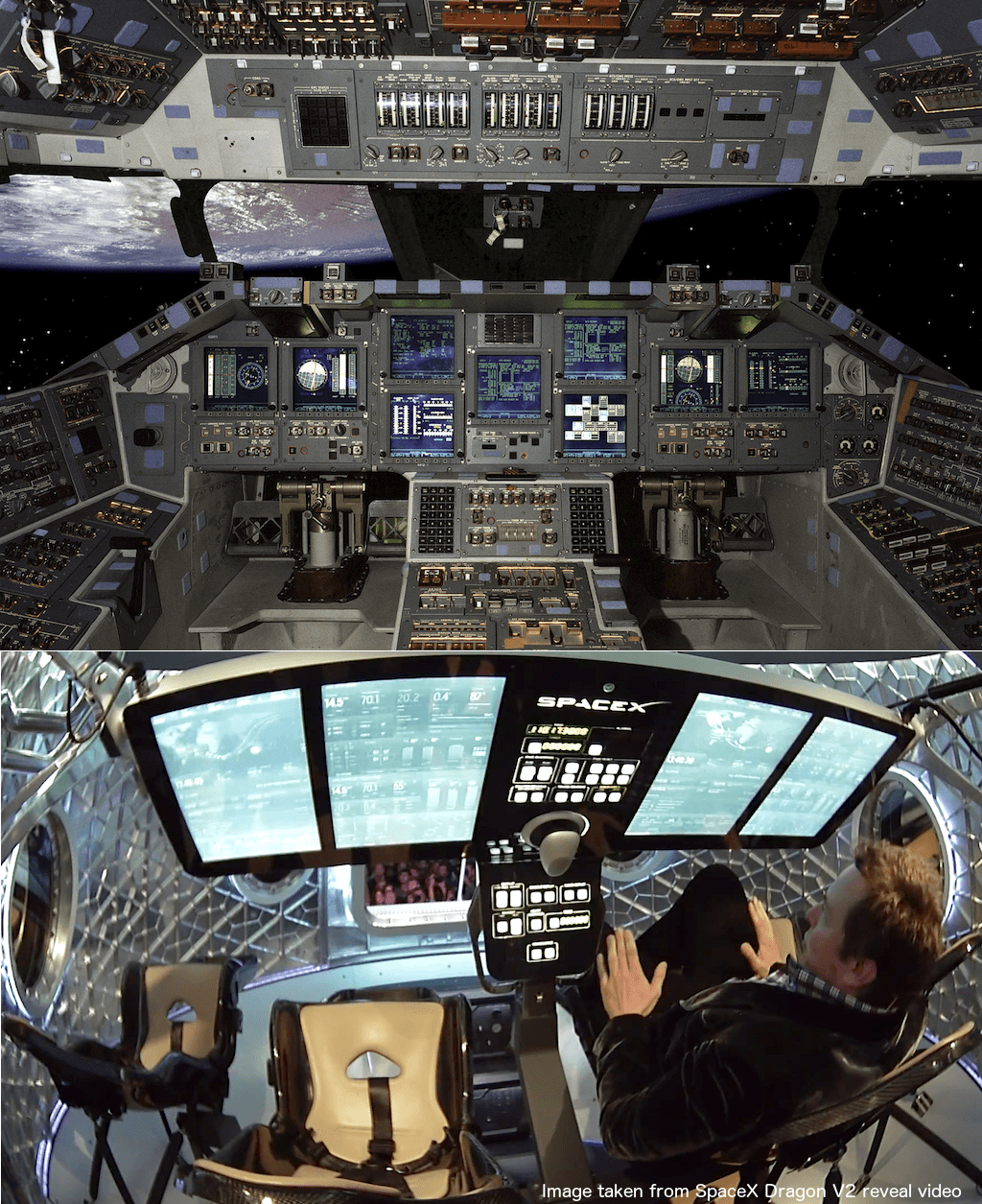 Now the Dragon V2 by SpaceX arrives, and it is everything I expected as a child. The craft is absolutely gorgeous and the inside looks like a cross between the Tardis from Doctor Who and the bridge of the Enterprise (NCC-1701-D) from Star Trek. It is a beautiful merge. More importantly, with these looks comes much greater functionality, and while I can see no information about costs, it is likely a very similar price to the V1. With a push towards the newer and safer technology, which many feel is a result of Musk’s desire to get to Mars, SpaceX are racing ahead much faster than NASA ever could.

But what does this have to do with government agencies you ask? Essentially, SpaceX are making NASA look bad. This is not the fault of NASA, but the government bureaucracy which lies behind every decision. So many of NASA’s plans are changed due to military or other governmental requirements. SpaceX are not limited by these things. Their goal is to produce a space craft which is the best it can possibly be, and they are absolutely succeeding with this. They are proving that private companies can be the correct alternative in some cases.

The question is, can this work for other agencies?

Yes, and it already does work in many cases. I’m not just talking about 3 letter agencies here, but all subsidiaries of the US and other world governments. Currently the US Air Force works heavily with companies like Boeing and Lockheed Martin, and this will probably only expand. The luxury of using a third party, is that they not only have your funds for R&D but they have the funds of other customers as well. Effectively you get a much more cost effective method of acquiring resources, and with the success of SpaceX in this field, other agencies will start to take more and more notice.

So maybe agencies won’t be “ruined”, but ideally in the next couple of decades they will undergo a radical shift towards a much more comprehensive usage of third parties, particularly in non-sensitive areas. Personally, my hope at this point is that the European Space Agency take note of the success SpaceX has and starts looking in their direction sooner rather than later.

You May Also Enjoy

The tools that power Outlook

I’ve been responsible for the developer tooling for Outlook iOS for 6 years now. Back when I started, we had just a single Bash script that covered everythin...

It’s relatively easy to figure out that VS Code is a great editor for developing and debugging Azure Functions. You’ll have also no doubt figured out that fo...

What is the Purpose of a Lock File for Package Managers?

Whatever language and package manager you use, be it Ruby Gems, CocoaPods, NPM, Cargo, etc. there’s a good chance that if you have a file specifying your dep...

Python Devs: Asking for Forgiveness Is Not Better than Asking for Permission

I recently started working on a Python wrapper to an API which returns JSON. There were a few existing implementations already, but none behaved quite like I...